Disney employees are reportedly in a state of confusion over the company’s plan to move 2,000 workers to Florida from California, and they are blaming CEO Bob Chapek for the “chaos.”

A number of Disney employees recently told The Wrap the company’s recent decision to delay the move  to 2026 has reinforced what many already felt: “You cannot trust Bob Chapek.” 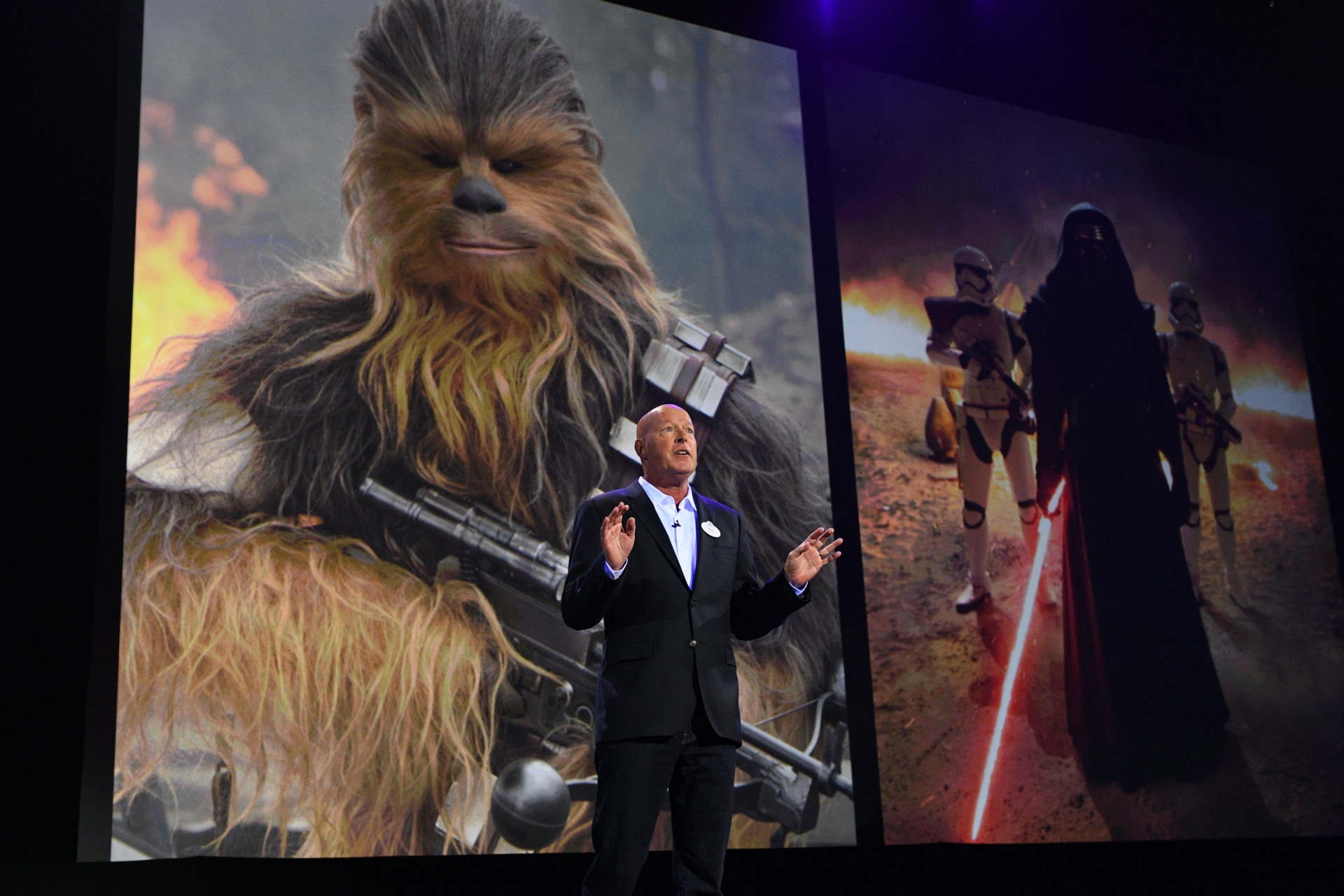 Walt Disney Parks and Resorts announced an extraordinary line-up of brand new attractions and experiences coming to its parks and resorts around the world at D23 Expo 2017 in Anaheim, California. (Image Group LA/Disney via Getty Images)

The Walt Disney Co. is planning to relocate approximately 2,000 California workers to its new campus in Lake Nona, Florida, just outside Orlando. Last week, Disney said it is pushing back the planned move  by close to four years, saying the postponement is due to a new completion date for the campus and not because of the company’s ongoing war with Gov. Ron DeSantis (R).

The delay is wreaking havoc on the lives of employees slated to move.

One insider told The Wrap, “A lot of people were pissed,” while another said, “This is messing with people’s lives and school plans.”

Some employees affected by the move are saying Disney has left them high and dry when it comes to the logistics of the move.

Employees who had previously declined to move but are now reconsidering because of the new timetable must re-contact HR to negotiate a solution, insiders told The Wrap. But in many cases, those employees’ roles have already been filled in Florida, and off-site HR specialists hired to handle the situation are reportedly proving unresponsive and unhelpful.

In other cases, Disney isn’t allowing employees who have agreed to move to reconsider, or slow down their planned move — a decision that employees reportedly are calling “curious” and “bizarre.”

Some Disney employees don’t want to move to Florida over the state’s Parental Rights in Education law, which prohibits the teaching of sexuality and gender theory — including transgenderism — to children in kindergarten through third grade.

Within Disney, many employees still harbor resentment against CEO Bob Chapek for initially refusing to get involved in Florida politics. Chapek eventually caved to woke employees’ demand that Disney take up radical LGBTQ activism as part of its core corporate mission.

As a result, Florida stripped Disney World of its special tax and self-governing privileges in Orlando.

Disney shares have plummeted a whopping 40 percent so far this year.