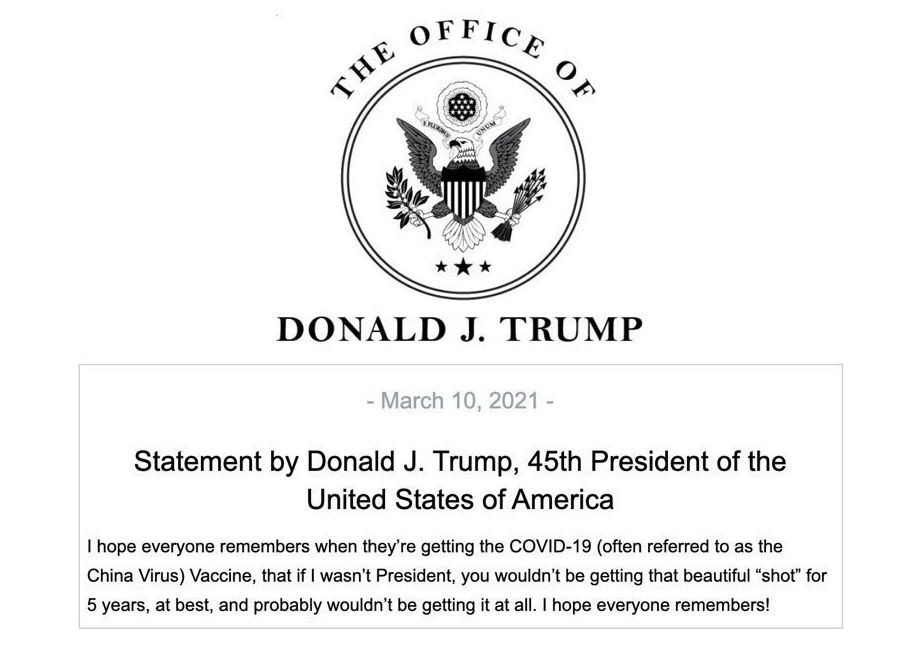 Biden earlier today issued a joint statement bragging that his regime is  “now on track to have enough vaccine supply for every American adult by the end of May — months earlier than anyone expected.”

Even left-wing FactCheck.org has hammered Biden for his “misleading vaccine boasts.” These “fact-checked” claims from late February are listed below from the left-wing organization:

“In remarks at a Pfizer manufacturing site, President Joe Biden made misleading claims while boasting about his administration’s progress in getting Americans vaccinated against COVID-19.”

It’s pretty bad when Biden can’t even fool left-wing “fact-checkers” with his erroneous boasts. Donald Trump is perfectly right to also call him out on it. We’ll see if the rest of the media follows suit.