Georgia Gwinnett College in Lawrenceville, Georgia, will pay $800,000 to settle a free speech lawsuit filed by a Christian student it had censored, according to Alliance Defending Freedom. 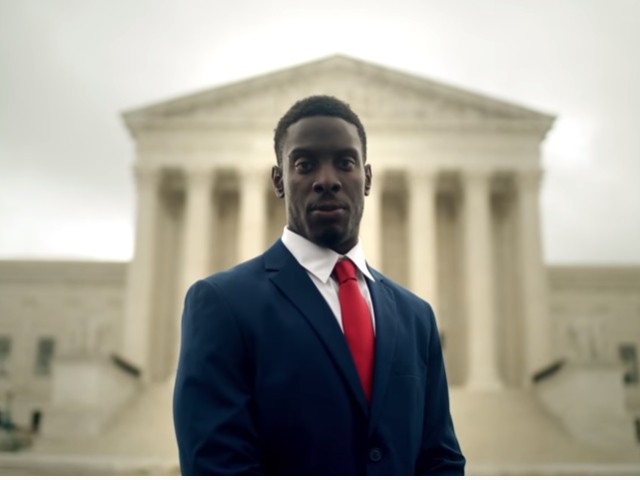 A convert to Christianity, Chike Uzuegbunam was peacefully sharing the gospel with fellow students on Georgia Gwinnett College campus in 2016 when campus police stopped him and told him he needed to make an advance reservation to speak in one of two tiny campus “speech zones” that were only open a few hours a week. (Screenshot)

College officials had repeatedly stopped Uzuegbunam from peacefully sharing his Christian faith with his fellow students on campus, and told the student that he needed to make an advance reservation to speak in one of two tiny campus “speech zones” that were only open a few hours per week.

A second Christian student, Joseph Bradford, decided not to speak about religion because of what happened to Uzuegbunam.

Both Uzuegbunam and Bradford then sued certain college officials who enforced the college’s speech policies, arguing that such policies violated their First Amendment rights.

Last year, arguments for the case were heard by the U.S. Supreme Court, which ruled 8-1 in favor of the Christian students.

“After more than five years of litigation and an important mid-litigation Supreme Court victory for Chike Uzuegbunam and Joseph Bradford, Georgia Gwinnett College officials have agreed to settle the case, giving Uzuegbunam and Bradford the justice they were seeking all along,” ADF said.

ADF Senior Counsel Travis Barham added that “this settlement represents a victory not only for Chike and Joseph but also for many other students who wish to exercise their constitutionally protected freedoms on the campuses of Georgia’s public colleges and universities.”

“For five years, Georgia Gwinnett College officials have tried again and again to dodge accountability for their illegal actions in violating Chike’s and Joseph’s rights, even after the U.S. Supreme Court rebuked them,” Barham continued.

“But after the district court put a stop to that, the college has finally decided to stop fighting the Constitution,” Barham said. “This case should also remind other colleges and universities nationwide of the need to respect their students’ liberties. If they do not, they can and will be held accountable.”

Since the 2016 incident, college officials have also changed their policies on campus that had violated the former students’ First Amendment rights.