Brooks County Sheriff’s Office dispatchers received information on September 21 about the discovery of a deceased migrant on a ranch located northwest of the town of Falfurrias, Texas. Dispatchers sent Deputy Jose Garcia to meet with the agents and investigate the death, according to information provided by Brooks County Sheriff’s Office officials. 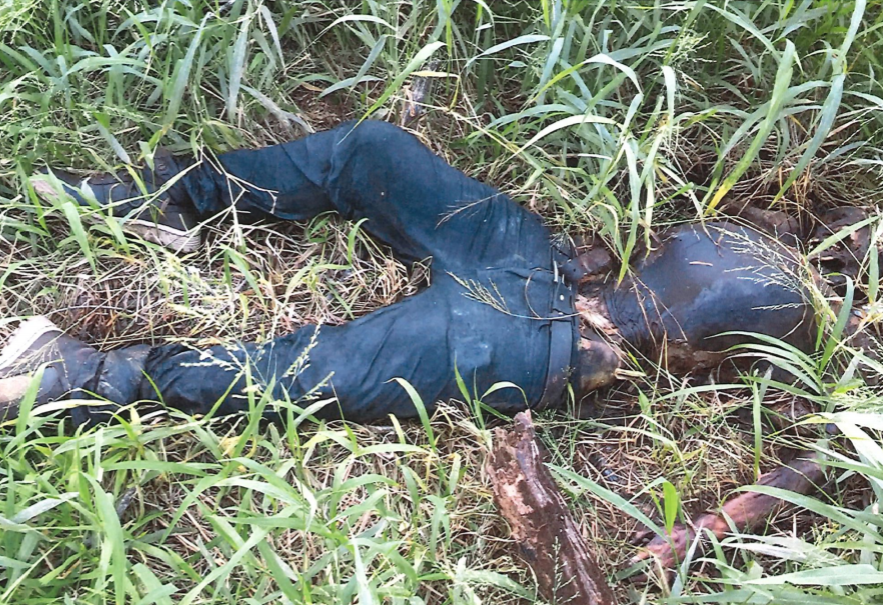 Deputy Garcia met a Border Patrol agent and a local justice of the peace at the entrance to a ranch located northeast of the town.

“The area is a well-known pick-up area where human smugglers reconnect with migrants after their successful march around the Falfurrias Border Patrol Checkpoint on U.S. Highway 281,” Brooks County Sheriff Benny Martinez told Breitbart Texas. “In this case, the migrant did not survive the journey and died after being abandoned on the ranch.”

The Border Patrol agent led Deputy Garcia and the JP to the scene of the migrant’s death. An unknown person marked the location with a shirt found hanging in a tree.

The JP made the statutory declaration of death while Garcia carried out an inventory of possessions found at the scene.

During a search of the area and the partially decomposed body, Garcia found a cell phone on the ground next to the migrant’s head and a gold-colored bracelet on the decedent’s left wrist. He was wearing blue jeans, a black t-shirt, and black/beige tennis shoes.

“We don’t know why the smugglers abandoned this man near the end of his journey around the checkpoint,” Martinez said. “If you twist an ankle or knee walking through the soft sand, become overheated or dehydrated, or for any other reason can’t keep up, the smugglers will simply leave you behind to die.”

Officials found no identification on or near the body of the decedent, the report states. The body will be transported to the Webb County Medical Examiner’s Office in Laredo. There, Dr. Corrine Stern will carry out an autopsy and attempt to identify the remains.

Martinez said this is the 29 migrant found dead in this county located more than 80 miles north of the Mexican border.

Bob Price serves as associate editor and senior news contributor for the Breitbart Texas-Border team. He is an original member of the Breitbart Texas team. Price is a regular panelist on Fox 26 Houston’s What’s Your Point? Sunday-morning talk show. Follow him on Twitter @BobPriceBBTX and Facebook.