Crimes are typically not committed with love and compassion in the suspects’ hearts. So the term “hate crime” is a bit Orwellian on its face.

Nonetheless, Americans are being subjected to a spate of claims that “hate crimes” against Asians and Asian Americans are skyrocketing.

The insinuation is that hundreds of inherently racist and bigoted White Americans are running around angry about the “China virus” and are ignorantly taking it out on Asians.

As we are about to see, much like many of the fake “hate crimes” against Muslims after 9/11, this is nothing but a talking point devised to bring Asian Americans into the fold of the progressives’ victim group coalition. What a surprise: It’s all political.

The FBI’s own definition for a “hate crime” does not match the reporting for several of these incidents.

“A hate crime is a traditional offense like murder, arson, or vandalism with an added element of bias,” the FBI says. “For the purposes of collecting statistics, the FBI has defined a hate crime as a ‘criminal offense against a person or property motivated in whole or in part by an offender’s bias against a race, religion, disability, sexual orientation, ethnicity, gender, or gender identity.’ Hate itself is not a crime—and the FBI is mindful of protecting freedom of speech and other civil liberties.”

Yet, the reported surge in “hate crimes” is purporsefully including numerous minor incidents where one cannot deduce motive. It is unknown whether someone was targeted because of bias or if the incident was simply an everyday act of rudeness or callousness, which happens everyday to numerous people, especially in liberal cities, regardless of their racial, ethnic or religious backgrounds.

When a white person is treated with rudeness, disdain, name-calling, spitting, etcetera, it is never catalogued, even if it is due to “bias” against people with Indo-European ancestry. This non-existent dataset means that the reported incidents never have fuller contextualization in a nation of 330 million residents.

The group Stop AAPI Hate, an organization that attempts to expose bigoted behavior against Asian Americans and Pacific Islanders, is illustrative of the extremely tenuous claims and shoddy data coding that is being reported to purportedly substantiate that “hate crimes” are escalating at a rapid pace.

A recent CBS News report on the stabbing of an Asian American man in New York, reminiscent of the way news organizations uncritically repeat data from the hard-left activist Southern Poverty Law Center (SPLC), shows the problematic nature of much ‘hate crimes’ reporting.

“The stabbing comes amid a stark rise in attacks against Asian Americans, both in New York and across the country, fueled in part by misinformation about the COVID-19 pandemic,” the report baselessly claims. “According to advocacy group Stop AAPI Hate, more than 3,000 hate incidents have occurred since the beginning of the pandemic.”

If one looks at Stop AAPI’s latest report, one finds a host of “incidents” that reveal that the blaring headlines about a surge in “hate crimes” is including all manner of events that do not constitute egregious crimes such as murder, vandalism, or assault.

Only 11% of the “hate incidents” reported by Stop AAPI constitute even physical assault, and the rest are subjective claims that are reliant on self-reporting. That means that at present, since the beginning of the pandemic, only about 417 incidents are “physical assault” crimes that would be processed by police or in criminal court. The civil rights violations, based again on self-reporting, constitute roughly 300 incidents.

A brief look at some of the descriptions of the incidents really drives home the types of claims one can find in the database:

If we delve into the numbers further, we also find that the vast majority of the incidents being reported by Stop AAPI are in deep blue states, such as New York and California. These are the top “Hate States”: 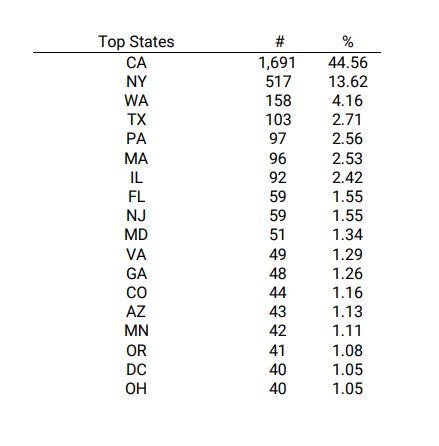 If you look at the most high profile cases of alleged ‘hate crimes’ in the news, you will also find that the news-projected stereotype these must be angry, Trump-supporting white men who are aggravated about the ‘China virus’ does not fit the profile.

In early February, a man named Yahya Muslim, 28 was charged with assault, battery, and elder abuse for a series of assaults against elderly victims in Oakland’s Chinatown. The suspect’s crimes were caught on video. 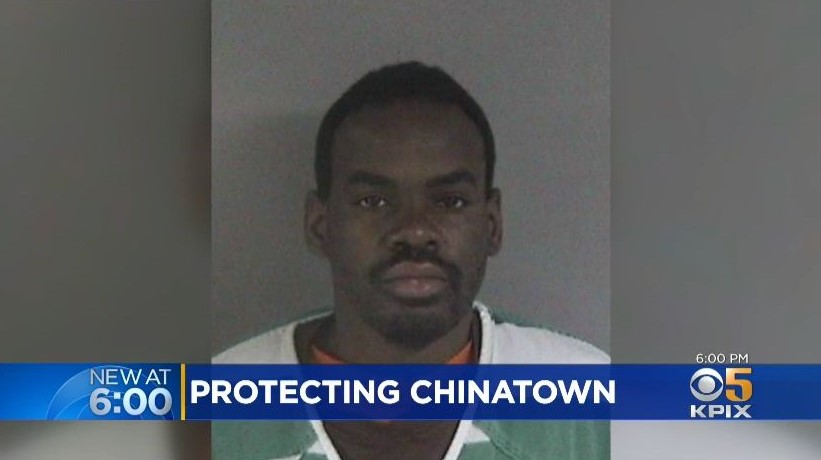 One of the suspect’s attacks was viciously shoving down a 91-year-old man who was just walking on the street. 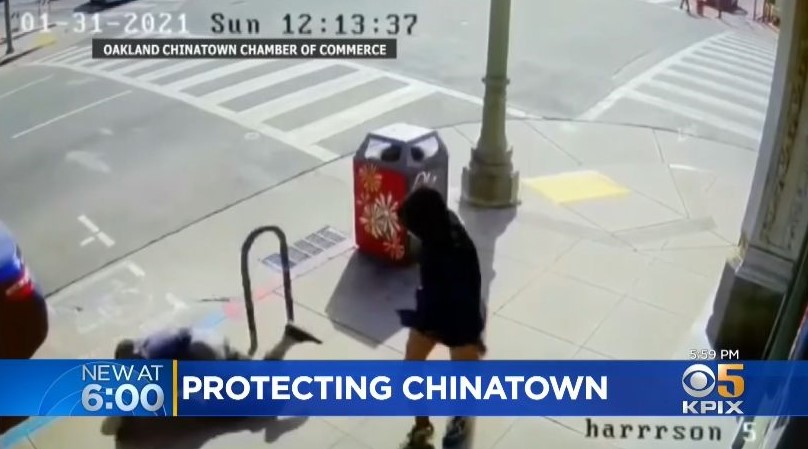 In another incident, on Monday the San Francisco police arrested Jorge Devis-Milton on suspicion of “committing multiple violations in connection with two assaults in the city… including the following: assault with a deadly weapon, two counts of aggravated assault, two counts of battery causing injury and aggravated mayhem,” NBC reported.

One of the victims, 59-year-old Danilo Yu Chang, was allegedly assaulted by Devis-Milton and was punched in the face multiple times.

“While Chang believes he was targeted for being a Chinese Filipino man, police say there is ‘nothing to indicate that the incident was motivated by bias,’ telling us they believe the suspect was involved in the stabbing case too,” NBC reported.

The stabbing incident was captured on surveillance video. 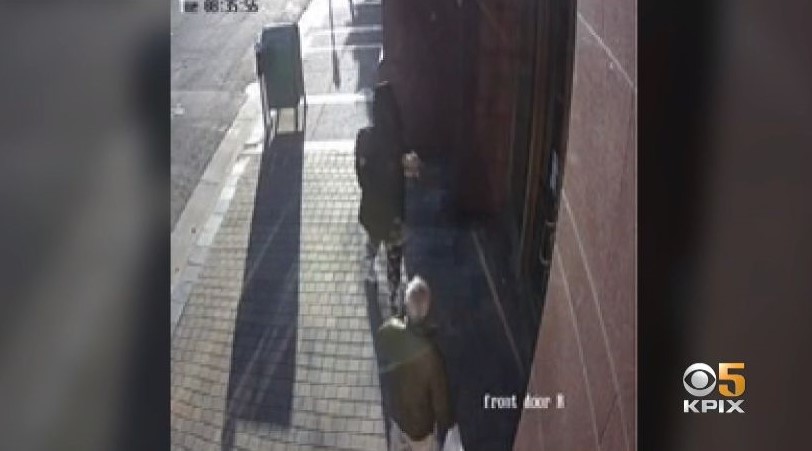 “According to police, 30 minutes before the attack on Market Street, the suspect cut a man on the face, near the 16th/Mission BART station,” CBS reported. “That victim, a 64-year-old man, was taken to the hospital with life-threatening injuries.”

In yet another case from March, police confirmed the arrest of two suspects for the fatal assault and robbery of 75-year-old Asian victim Pak Ho, CBS reported.

“Police tweeted about the arrest of 56-year-old Elbert Britton shortly after 5 p.m. Monday,” CBS’ report said. “Britton was taken into custody in connection with ‘the homicide of a 75-year-old Oakland resident’ last Friday, according to the tweet.”

Here is Elbert Britton, according to the Alameda County Sheriff’s Office. 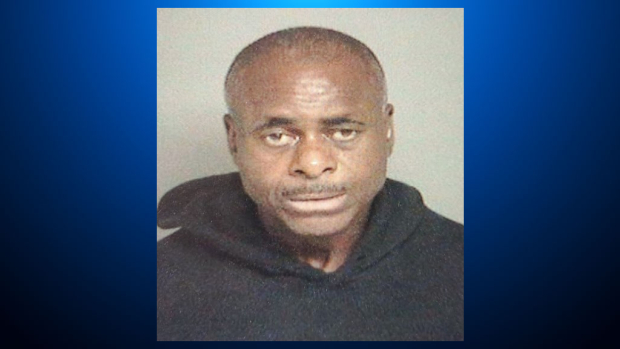 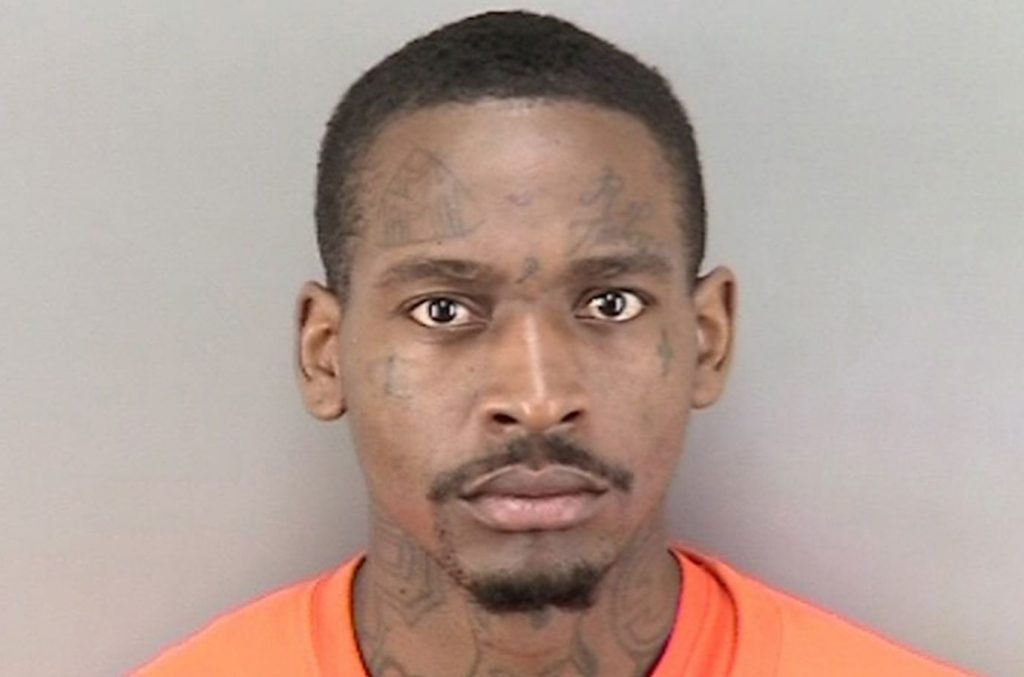 Bailey was charged for multiple felony counts, including murder, in connection to incidents on two different days, People reported. 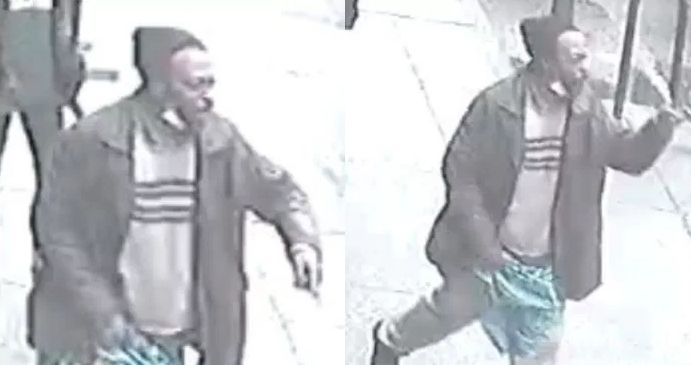 Earlier in March, a suspect was arrested for numerous attacks on victims of Asian descent. The suspect’s name: Salman Muflihi. The 23-year-old was charged with second-degree attempted murder, first- and second-degree assault, and third-degree criminal possession of a weapon, as reported by NextShark.

“The Manhattan District Attorney’s Office declined to prosecute the stabbing as a hate crime, despite the NYPD recommendations that called for hate crime charges,” reports ABC7.

The biggest recent high-profile crime that is allegedly a “hate crime” is that of a suspect who shot 8 people dead in a number of Atlanta area massage parlors: Robert Aaron Long. 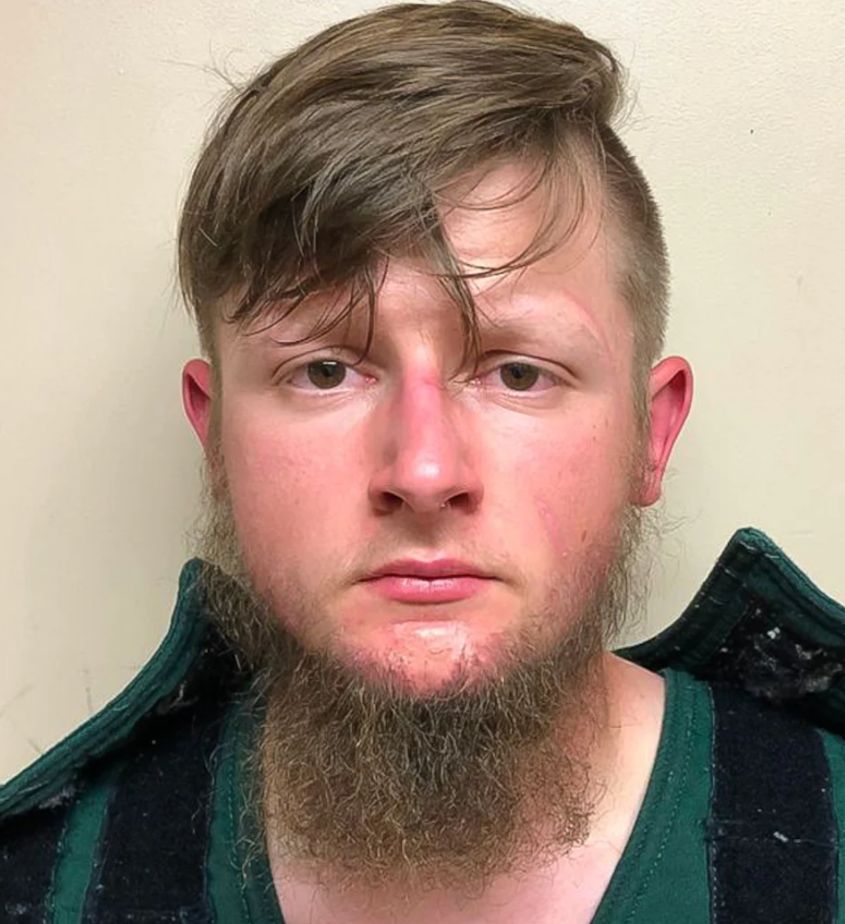 “Long has so far been charged with at least four counts of murder and a single count of aggravated assault,” Fox News reported.

“Police said two of the victims were White, while the other six victims were Asian-Americans,” Fox News pointed out. “Racism is not currently believed to be a motive.”

“The suspect told the police that he had a ‘sexual addiction’  and had carried out the shootings at the massage parlors to eliminate his ‘temptation,’ authorities said, as reported by the New York Times.

The facts of such cases are not stopping Democrats from using the incidents for divisive attacks on their political opponents.

The former President used racist phrases like Kung Flu that inflamed discrimination against the Asian American community. Officials that continue to use ethnic identifiers in describing the virus are part of the problem. Please instead be a part of the solution. #StopAsianHate https://t.co/xxg3A12aAH

Rep. Ted Lieu attempted to tie the cases to Donald Trump’s blaming of China for the coronavirus pandemic.

“It all coincides with the timing of the Republican Party using terms like ‘China virus’ and ‘Kung-Flu,’” Bardella said, pointing out that Trump had used the “inflammatory rhetoric.”

However, as we can see from just a handful of high-profile cases and the inherently subjective and unreliable reporting on thousands of ‘hate incidents’ against Asian Americans, the argument the incidents are even motivated by bias is questionable in many cases. The argument is weakened even further if one seeks to blame Donald Trump’s language. The familiar “pattern,” if there is one, is that the left will take any anecdotal cases it can find to either bring victims into its political coalition, and to attack enemies it ideologically views as representative of ‘oppressors.’

It is important here for the purpose of exposing the left’s theories as logically self-contradicting that minorities purportedly cannot be ‘racist.’ Because the ‘power structure’ is purportedly ‘systematically racist,’ then according to the left’s stretching of the term ‘racism,’ then only those who represent the ‘racist’ power structure can actually be ‘racist.’ If minorities ‘hate’ white people, that is ideologically justified, because all white people are ‘oppressors’ who benefit from their ‘privilege’ in the ‘systematically racist’ society.

The radical left’s abuse of the law to falsely accuse its enemies of “hate crimes” is that American society rips itself apart over a never-ending series of grievances. The end result of such divisive practices is civil conflict.

The equal application of the rule of law would put an end to its weaponization to promote racial, ethnic and religious grievances against one another to further a political agenda. And for that reason, the radical left will never support it.