The White House is asking Congress for another $5 billion to bus, fly, and house the southern flood of economic migrants into Americans’ workplaces and housing.

Any additional funding will accelerate the federal “cheap labor distribution [network] that too many politicians in Washington are willing to participate in,” said John Feere, a former homeland security official. He now works for the Center for Immigration Studies.

The inflow of workers, renters, and consumers “benefits groups on both sides of the border — governments, human smuggling operations, and businesses,” he told Breitbart News.

The request is part of a budget request — a “Short-term Continuing Resolution” — sent by the White House to Congress. The document asks Congress to spend billions of dollars on Democratic priorities, including $11.7 billion for Ukraine and more funds to run the federal government’s off-the-books migration network.

The statement asks for $1.8 billion to fund the TVPRA, which relays young migrants from their cartel-backed coyote guides at the border to federal agencies. The agencies then operate the North-side migration network and deliver the migrants for free to their illegal-migrant parents, “sponsors,” and employers throughout the United States:

Language is needed to appropriate $1.8 billion to the Department of Health and Human Services for the Office of Refugee Resettlement (ORR), Refugee and Entrant Assistance account for the Unaccompanied Children program, Transitional and Medical Services program, and Refugee Support Services program. Without this anomaly, ORR will not have sufficient resources to care for or place additional unaccompanied children in shelters during the period of the CR, or to provide cash, medical assistance, and support services to humanitarian entrants, particularly in response to the increased number of Cuban entrants
…

This request would provide $2.9 billion to the Disaster Relief Fund in the Department of Homeland Security, Federal Emergency Management Agency to address ongoing and anticipated disaster response costs. 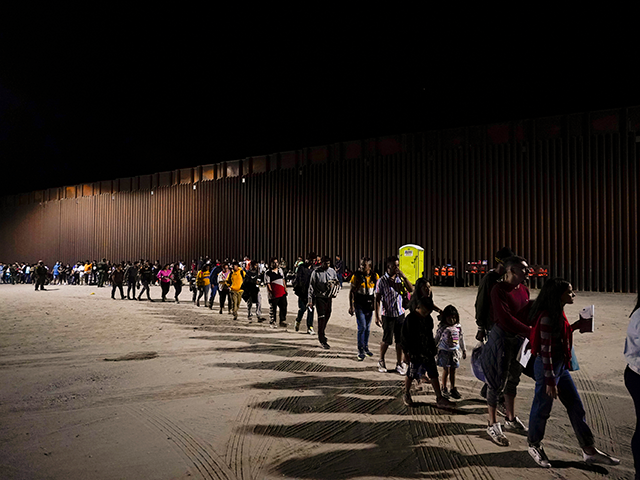 Migrants board a bus after crossing into the United States near the end of a border wall Tuesday, Aug. 23, 2022, near Yuma, Arizona. (AP Photo/Gregory Bull)

Since Biden’s inauguration, his deputies have allowed at least 3 million migrants to cross the southern border in search of jobs and housing.

That huge economic shock — when combined with the inflow of legal immigrants and visa workers — has delivered roughly one migrant for every two Americans who turned 18 in 2021 and 2022. In turn, that huge foreign inflow helps to reduce Americans’ wages and workplace automation and to inflate their housing costs — while steering more wealth to coastal investors. 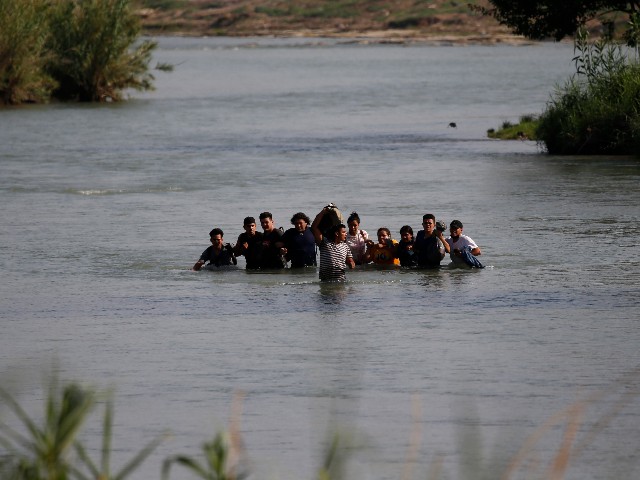 Much of the inflow has been funded by quietly transferring money from other federal programs to fund the buses and non-profit shelters that are used by officials to smuggle migrants northwards. The money is often given to nonprofits to run portions of the government’s migrant network. In May, Politico reported:

The redirected funds include $850 million that Congress originally allocated to rebuild the nation’s Strategic National Stockpile, the emergency medical reserve strained by the Covid-19 response. Another $850 million is being taken from a pot intended to help expand coronavirus testing, according to three people with knowledge of the matter. 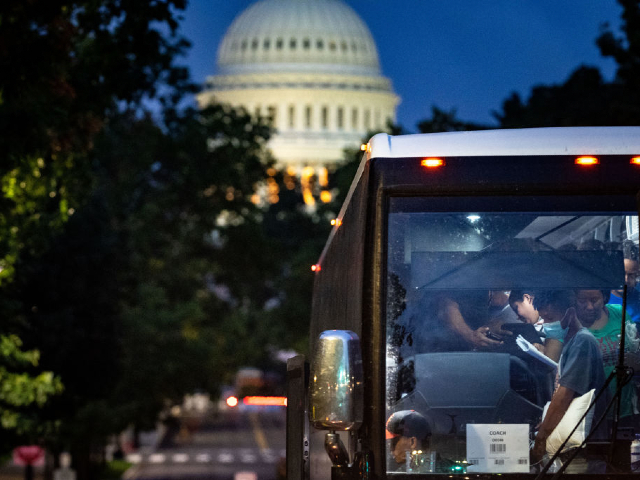 “The mass influx of illegal immigrants is creating extra costs on state and local levels, and the Democrats are hearing a lot of complaints from Democrat city officials,” Feere said. “Democrats have likely calculated that providing increased taxpayer monies to these local politicians is one way to keep them quiet about this administration’s ongoing effort to encourage illegal immigration,” he added.

For example, the Hill played up the Democrat’s claims that economic problems caused by Biden’s migration are the fault of Republicans who oppose the migration:

A group of House Democrats on Friday called on Congress to provide $50 million in federal funding to house and feed migrants bused to northern cities from Texas and Arizona.

“Instead of helping forge immigration solutions that work for Texas and the country, Gov. Abbott’s stunts are costly, ineffective, distracting and dangerous. They’re meant to create headlines and whip up resentment from the MAGA base rather than create good policy or advance the best interests of Texans, let alone immigrants and asylum seekers,” said Mario Carrillo, campaigns director for America’s Voice, a progressive immigration advocacy group.

The Democrats prefer to blame the GOP governors of Texas and Arizona for the flood of migrants who have been invited and admitted by President Joe Biden’s pro-migration border chief:

Since mid-April, the governors of Texas and Arizona have exploited and harmed approximately 10,000 vulnerable people fleeing desperate and dangerous situations in their home countries for political gain by busing them to D.C., New York City and Chicago.

The narrative-promoting article was written by Rafael Bernal, a recent immigrant who has covered migration, and corporate priorities issues for several years.

“The problem for the GOP is that they haven’t pushed back on the funding of open-border NGOs,” said Feere.

They haven’t demanded an increase in funding for [border enforcement] for example … The GOP needs to be focusing its energy on increasing resources for federal law enforcement if they wish to see illegal immigration curtailed. But it feels way too often as if the GOP is simply letting the mass immigration crowd get whatever they want.

There’s no doubt that well-moneyed interests are pressuring both political parties to keep cheap labor flowing into the United States. Of course, a number of Republican politicians are buying into this argument — that there’s a lack of labor and that the only fix is a massive increase in foreign labor and amnesty.

In reality, there’s no lack of labor. And the politician should be telling these business owners that they need to start offering better wages and improve working conditions to attract lawful residents to these jobs. They could invest in automation, which we’re seeing in a number of industries. But that requires an upfront cost and there’s little incentive for businesses to invest in automation when the federal government continues to deliver a dependent labor force.

The budget request is likely to get some support from Republicans.

Many polls show the public wants to welcome some immigration. But the polls also show deep and broad public opposition to labor migration and the inflow of temporary contract workers into jobs needed by U.S. graduates.

This “Third Rail” opposition to the government’s extraction migration policy is growing, anti-establishment, multiracial, cross-sex, non-racist, and class-based. The opposition is bipartisan, rational, persistent, and recognizes the solidarity that American citizens owe to one another.