President Joe Biden canceled his planned travel this week after experiencing “rebound” coronavirus which forced him back into isolation at the White House.

The president had to cancel a planned trip to his home in Delaware on Sunday as well as another to Michigan on Tuesday.

It is unclear how long the president will be isolated after testing positive for the virus again on Saturday. Biden isolated for five days after his first positive test.

He also had to cancel a planned trip to Capitol Hill on Sunday, where he intended to deliver pizza to veterans protesting the delay of a bill to help those suffering poor health from military burn pits.

Biden spoke to his Veterans Affairs Secretary Denis McDonough and a group of veterans via FaceTime, after having the pizza delivered.

The president’s rebound of the virus throws off his schedule this week, as he was expected to sign the $280 billion Chips and Science Act to promote the development of semiconductor manufacturing in the United States. 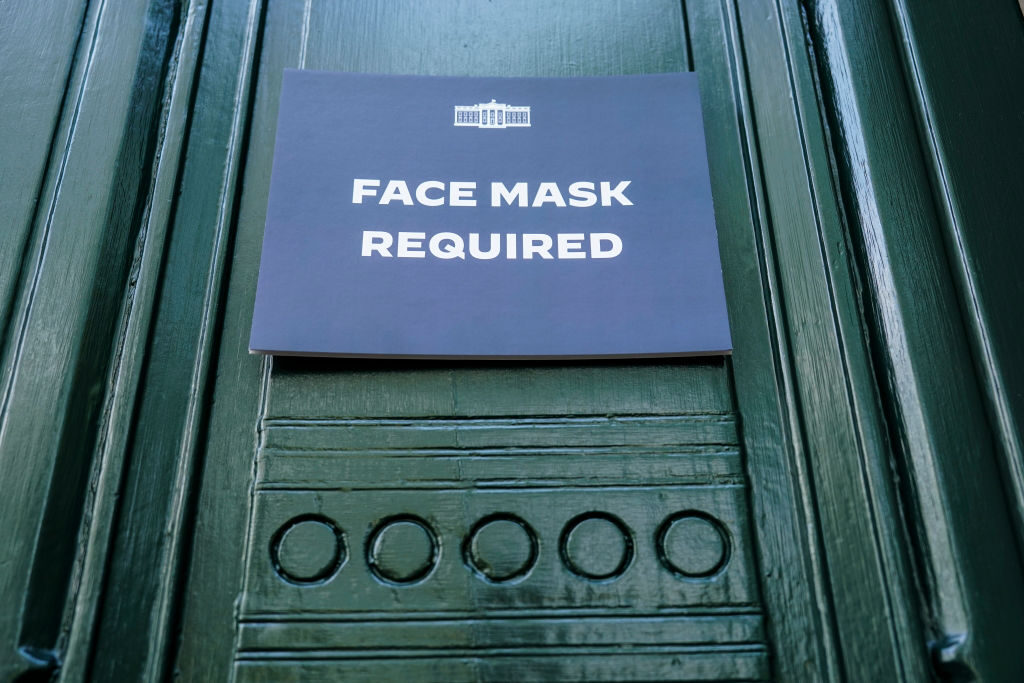 A sign requiring the wearing of face masks is displayed at the testing center for visitors to the White House on July 30, 2022 in Washington, DC. (Joshua Roberts/Getty Images)

He is unlikely to sign the bill while in isolation, instead waiting until lawmakers can come to the White House for an in-person celebration of the bill.

Biden planned trip to Michigan to promote the bill as a solution to the shortages of the domestic production of vehicles due to a shortage of available chips. It was also considered a political boost for Democrat Gov. Gretchen Whitmer who is running for reelection this year.

The president’s rebound coronavirus is a result of his Paxlovid treatments, according to his doctor, who said it only happened in a minority of patients treated with the drug.

The White House is experiencing a significant whiplash in coronavirus messaging, after contrasting Biden’s five-day fight against the virus as evidence his administration was making progress in the global flight.

He boasted Wednesday that he recovered from coronavirus quicker than former President Donald Trump.

“When my predecessor got COVID, he had to get helicoptered to Walter Reed Medical Center. He was severely ill,” Biden said, adding that “When I got COVID, I worked from upstairs of the White House — in the offices upstairs — and — for the — that five-day period.”