The poll, conducted by Mason-Dixon Polling & Strategy for the Star Tribune and other local Minnesota news outlets, shows Biden ahead of Trump 49% to 44% in a state that is a proven battleground for the general election. In 2016, Democratic general election nominee Hillary Clinton edged out Trump by less than 2% in Minnesota.

Surveying 800 registered voters between May 18-20, the poll holds a margin of error of plus or minus 3.5, and also shows that 7% of Minnesotans remain undecided. Independents appear equally split between Trump and Biden, according to the Star Tribune. 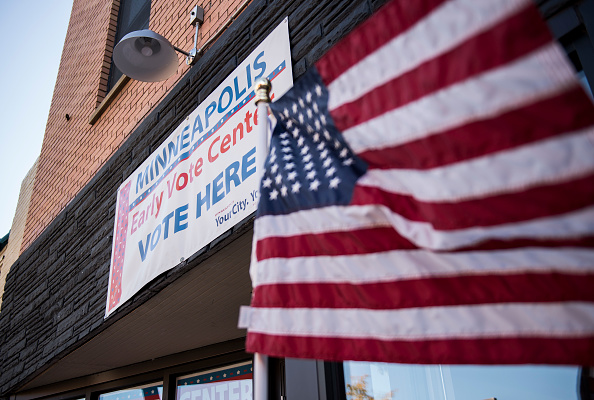 “Who knows how long this pandemic is going to last?” Doug Wilson, 59, a publishing company vice president from Maple Grove told the Star Tribune. “We can’t just keep throwing money at it. We have to figure out how, economically, we’re going to turn things in the other direction.”

Results also indicate that statewide 53% of voters disapprove of Trump’s job performance while 45% approve. Rifts appear between men and women, different age groups and different regions of the state, and only 2% appear undecided about Trump, reflecting deep polarization in the state, according to the Star Tribune.

“I like where President Trump has taken us,” Susan Pfeifer, 75, a retired small-business owner who lives in Park Rapids, told the Star Tribune. “I think he has turned some people around with the way he has handled this pandemic. He is not using scare tactics to describe it.”