California Gov. Gavin Newsom (D) is again under fire from members of his own party, this time President Joe Biden, over his hesitancy to sign a bill that would encourage California farmworkers to unionize.

California Assembly Bill 2183 would make it easier for farmworkers to unionize and allow them to vote by mail in union elections. Biden is just the latest Democrat politician putting pressure on Newsom to sign the bill.

“In the state with the largest population of farmworkers, the least we owe them is an easier path to make a free and fair choice to organize a union,” Biden said.

“Government should work to remove – not erect – barriers to workers organizing,” the president added.

However, Newsom vetoed a similar bill last year, and farmworker activists fear AB 2183 will suffer the same fate after Newsom sent the bill back to the California legislature less than two weeks ago.

Newsom’s office is on record saying they “cannot support an untested mail-in election process that lacks critical provisions to protect the integrity of the election, and is predicated on an assumption that government cannot effectively enforce laws.”

The California legislature sent a revised version of the bill to Newsom’s desk for his signature, but it is uncertain whether he will veto it.

Newsom is “privately seething” over Biden’s endorsement of the bill, multiple people with knowledge of Newsom’s thinking told Politico. 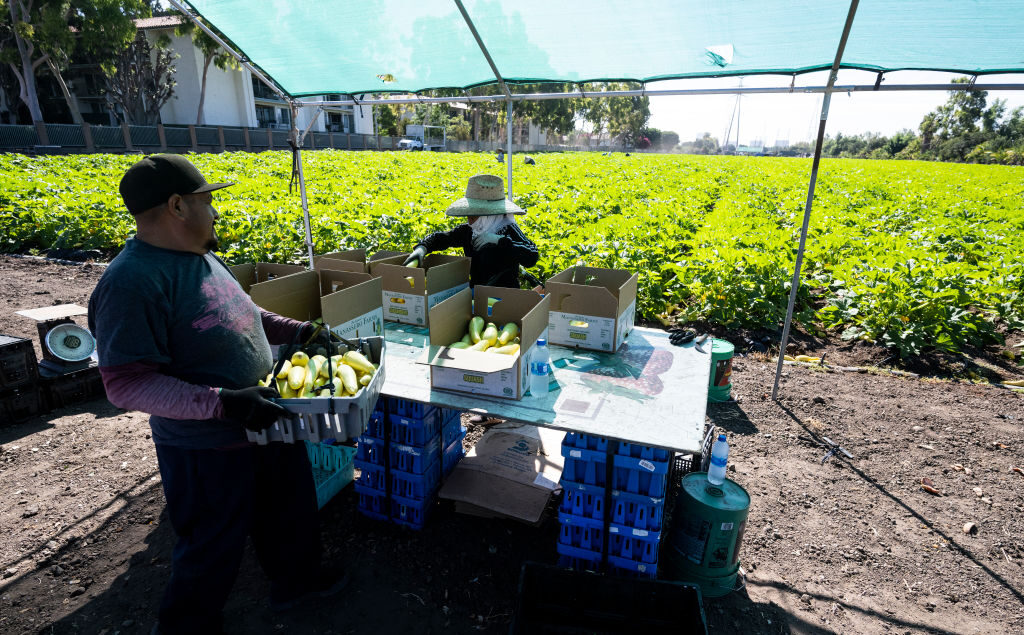 “CA farmworkers provide for our families — but far too many can’t provide for theirs because they are exploited and don’t have a voice on the job,” Pelosi tweeted. “We can mend this injustice by expanding workers’ rights. I urge the governor to sign #AB2183 for the farmworkers and For The Children.”

Vice President Kamala Harris added pressure on Newsom, saying it is “long past due” for California to enact this legislation.

Of California’s 800,000 farmworkers, less than one percent are unionized, according to the U.S. Bureau of Labor Statistics. Further, more than 70 percent of California’s farmworkers are undocumented immigrants.

Although large unions like the United Farm Workers want Newsom to sign the legislation, farmers and business groups, including the California Chamber of Commerce, are opposed to the bill.

“It essentially amounts to a forced union submission, because even the mail-in voting provision allows the labor organization representative to fill out the ballot,” Western Growers vice president of state government affairs Matthew Allen told Politico. “It’s really quite simple what the bill is doing. It’s eliminating a farmworker’s right to the secret-ballot election.”