The American news media reports every “mass shooting” that fits its political narrative. But a check of the statistics for mass shootings shows that overwhelming majority are committed in Democrat-run cities, including those with strict gun control laws and “gun-free zones.”

The following are the top cities for mass shootings, according to a verifiable database called Mass Shootings Info.

The Democratic Party’s “solution” to the surging crime in America’s cities is to blame the police or to outright defund them. It is only fueling a crime surge that is reversing decades of overall decreasing violent crime. 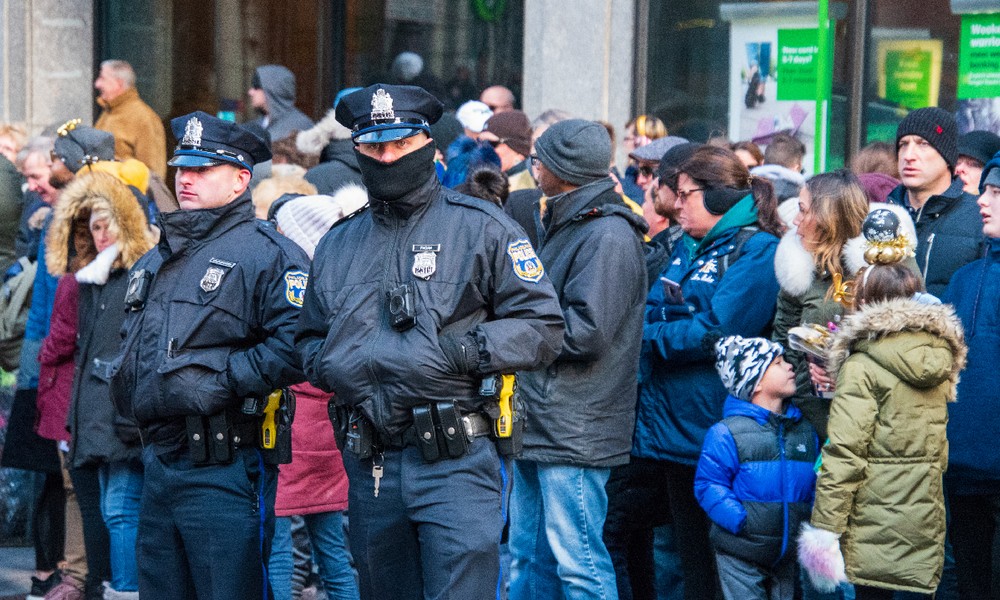 Philadelphia has at least 5 mass shootings in 2021. A mass shooting on Friday night went virtually unreported in the mainstream press. It took nearly 24 hours for the description of a suspect to emerge.

“Police responded to the Golf and Social Bar on the 1000 block of Delaware Avenue in Fishtown around 8 p.m. after someone triggered a robbery alarm,” Philadelphia Police Department Deputy Commissioner Joel Dales said. “Police found two victims inside the club and two in a nearby 7-11, and three later arrived at Thomas Jefferson Hospital, PPD Cpl. Jasmine Reilly said.”

“An exact description of the suspect was not immediately available, but a spokeswoman with the Philadelphia Police Department told the Daily News that he’s a Black man and is armed with a semi-automatic handgun,” the New York Daily News reported.

A mass shooting suspect wanted for the murder of a Philadelphia man was also apprehended on February 21st, 2021.

“The 17-year-old wanted for murder in a shooting at an East Norriton bowling alley that left a Philadelphia man dead and four others injured has turned himself in, according to police,” CBS reported. 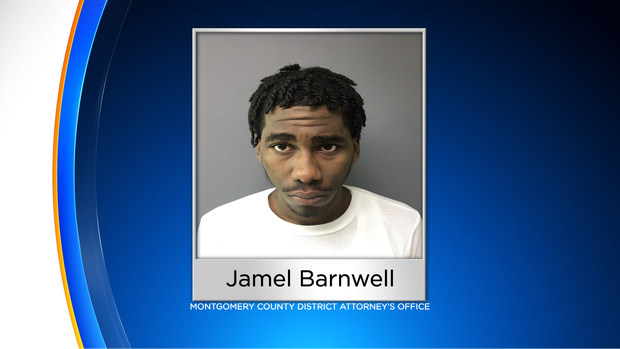 The city has also seen a surge in violence that has lasted through 2020 and into 2021.

“Philadelphia police crime statistics showed at least 777 shootings as of the week ending March 21,” NBC reported. “There have also been 114 homicides as of March 26.” 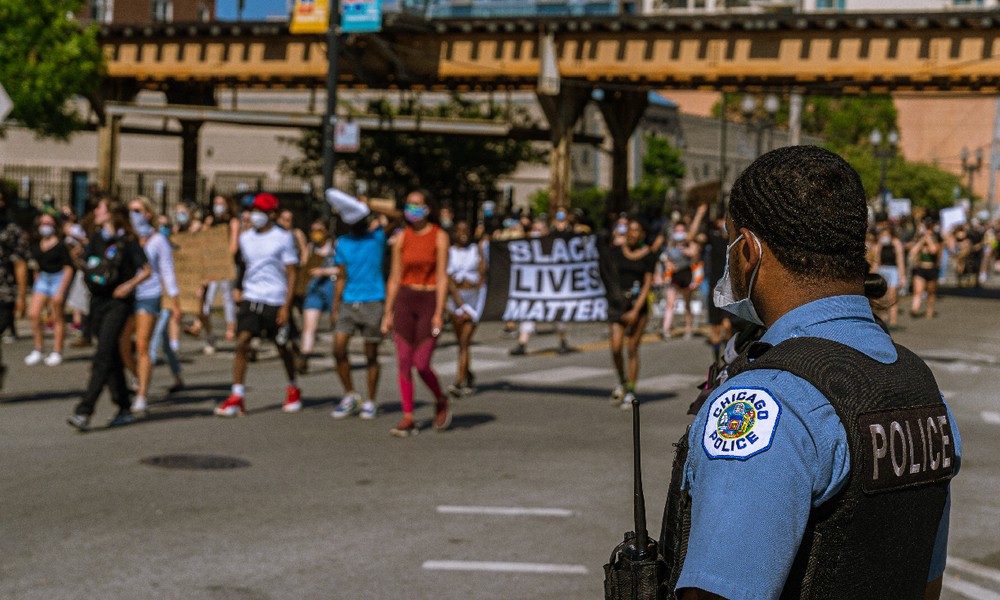 Chicago and “shootings” have become synonymous on the Democrats’ watch. In mid-January, a mass shooting took place in the windy city — not that the mainstream media would notice.

“A security guard and four other people were killed and two others were injured in a shooting rampage that began in Chicago and ended when police in Evanston fatally shot the suspect during a shootout,” NBC reported.

Chicago had the most mass shootings of any city in 2020 at 53 incidents. It has at least 3 mass shootings in 2021. The murder spree in Chicago is accelerating, unbelievably enough. It is on pace to set another disgraceful homicides record.

“The fatal shootings appear to be picking up even after a year in which they jumped dramatically in Chicago, from 495 in 2019 to 769 in 2020,” ABC reported. “The city is on a pace to record even more this year: As of Wednesday, there had been 123 homicides in the city since Jan. 1, compared to 94 during the same period last year, according to the police department.” 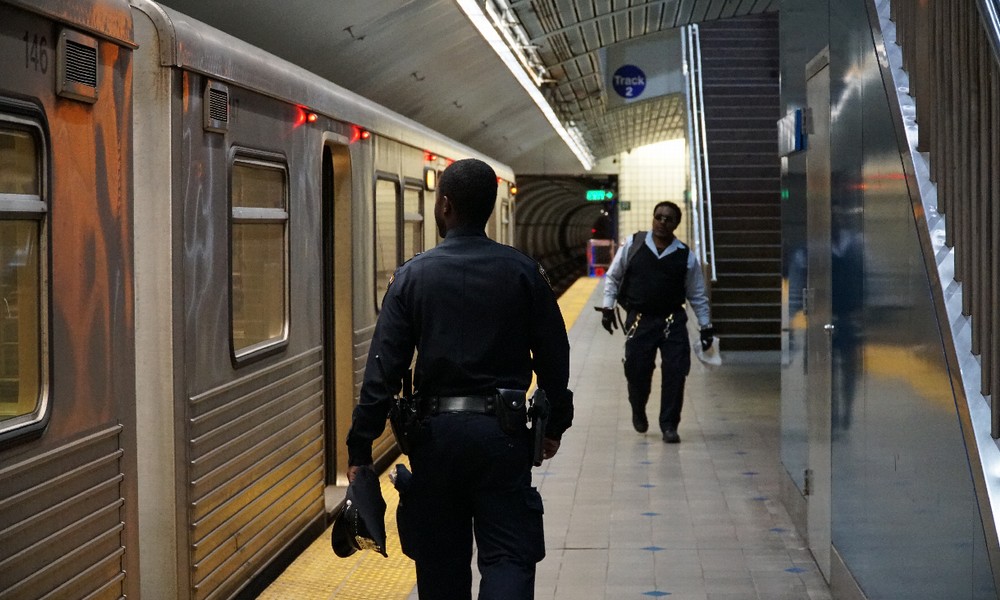 Baltimore was fifth in the United States in 2020 with five mass shooting events. In 2021, Baltimore’s overall crime is increasing. Several of the deadly shootings are right on the edge of being considered a “mass shooting.”

“A shooting Tuesday night in South Baltimore’s Brooklyn neighborhood left one man dead and two others injured,” the Baltimore Sun reported on Friday. “South Baltimore experienced a particularly high level of violence in a week that saw seven people killed and 16 shot citywide.” 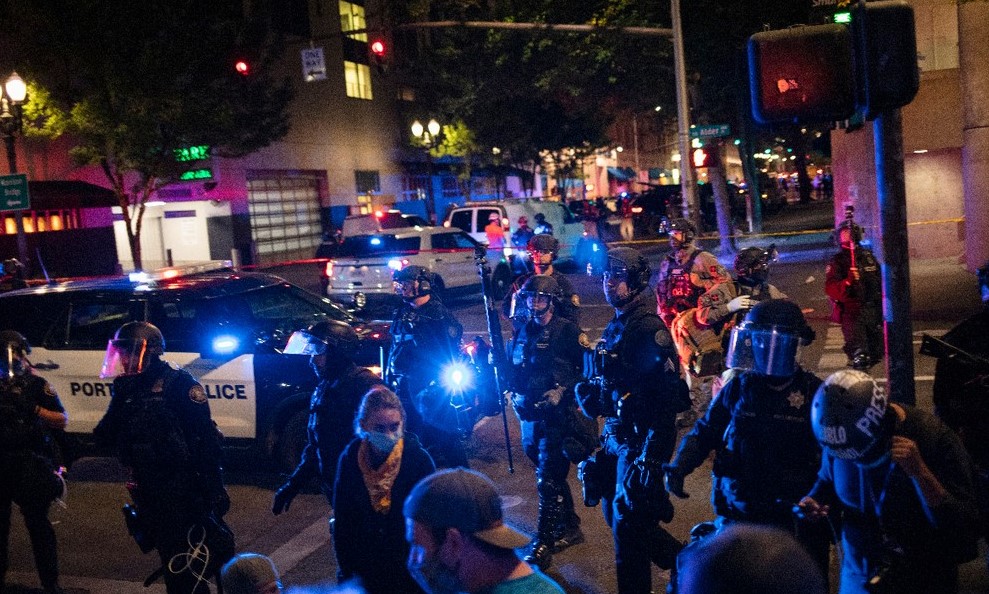 Portland has been on the forefront of the “Defund the Police” movement. The city is reaping the benefits of slashing the force and driving police officers to resign or go into early retirement rather than perform their duty under such conditions.

“More people died of gunfire last year in Portland — 40 — than the entire tally of homicides the previous year,” U.S. News reported in early March. “The number of shootings — 900 — was nearly 2 1/2 times higher than the year before. The spike has continued this year, with more than 150 shootings, including 45 people wounded and 12 killed so far.” 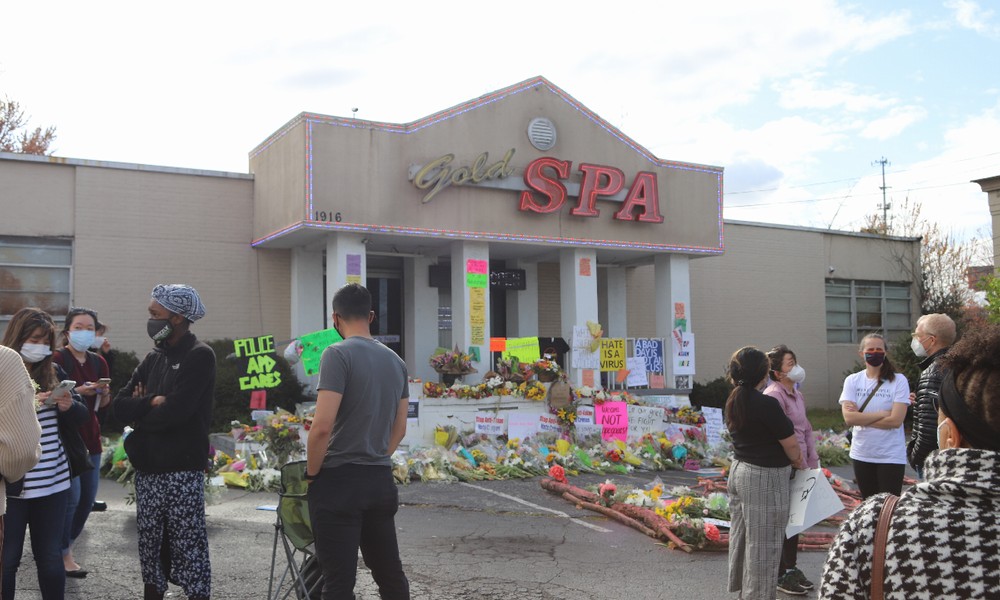 The biggest recent high-profile mass shooting that has been framed by some media outlets as a “hate crime” is that of Robert Aaron Long, a white suspect who shot 8 people dead in a number of Atlanta area massage parlors.

“Long has so far been charged with at least four counts of murder and a single count of aggravated assault,” Fox News reported.

“Police said two of the victims were White, while the other six victims were Asian-Americans,” Fox News pointed out. “Racism is not currently believed to be a motive.”

“The suspect told the police that he had a ‘sexual addiction’  and had carried out the shootings at the massage parlors to eliminate his ‘temptation,’ authorities said, as reported by the New York Times.

It is far from the only homicide that has occurred in Atlanta in the last year.

“A teen selling water bottles killed over $10. A young man shot at a skate park. A child gunned down on the Fourth of July. Their deaths were among the 157 homicides the Atlanta Police Department investigated in 2020, up from 99 in 2019 and the most in more than two decades,” the Atlanta Journal Constitution reported.

According to Atlanta’s police reports, including its COBRA report up to March 13, the sum total of homicides in Atlanta in 2021 stands at 34 victims. This includes the Spa mass shooting, which killed 8 people. 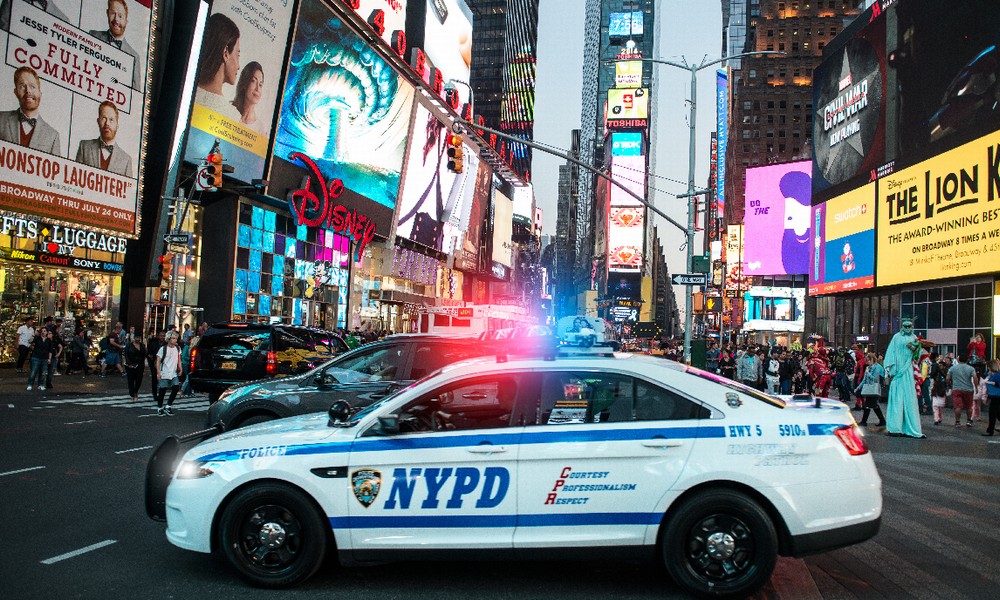 “Five people were shot as scores of terrified revelers ran for their lives when a gunman started blasting away early Saturday inside a pop-up Brooklyn hookah parlor,” the Daily News reported in mid-March.

Nonetheless, the city council of New York, with the approval of Mayor Bill de Blasio, is passing a serious of police reforms that “handcuff” the NYPD, the Daily News reported on Thursday.

“City council members laid down the law to the NYPD on Thursday, backing reforms that would strip police brass of their control over the department and forcing police to pay more heed to complaints that they violate citizens’ rights.” 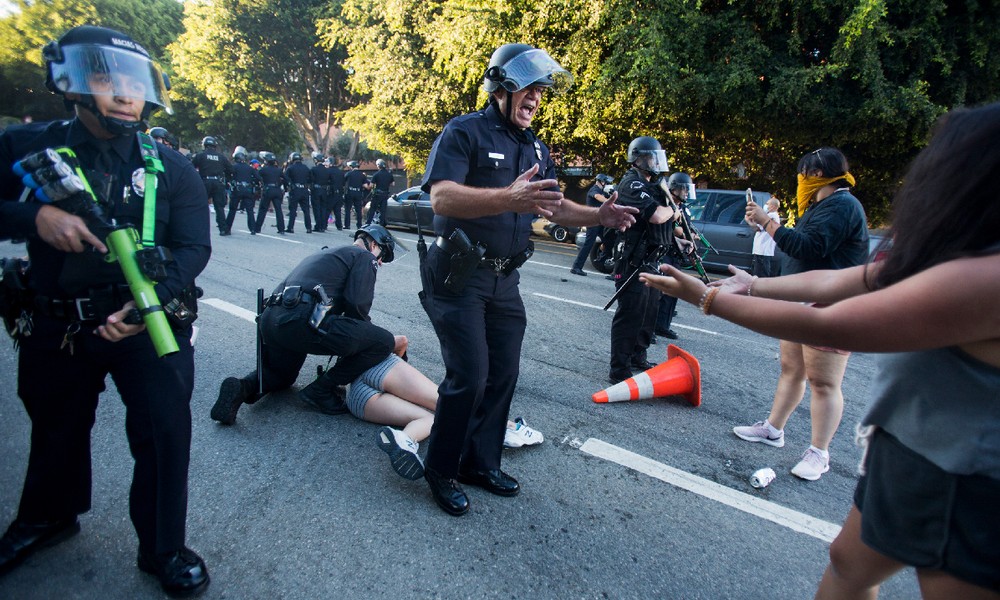 “Another 267 people were struck by gunfire, marking a 141% increase from the 111 people wounded in the same period in 2020,” CBS reported in early March.”Homicides in Los Angeles are also up: 64 people had been killed in the city through Feb. 27, up 39% from the 46 homicides at the same time last year, according to Crosstown.”

“Amid a nationwide push to defund the police last summer, LA city officials voted to cut $150 million from the LAPD’s nearly $2 billion budget, reducing the number of officers on the street from 9,988 to 9,757 by this summer,” Fox News reported.

Now, there is increasing demand for a police presence from city services.

“The Los Angeles County Metropolitan Transportation Authority voted Thursday to boost its contracts with law enforcement by $36 million through the end of this year amid a spike in crime across the city.” 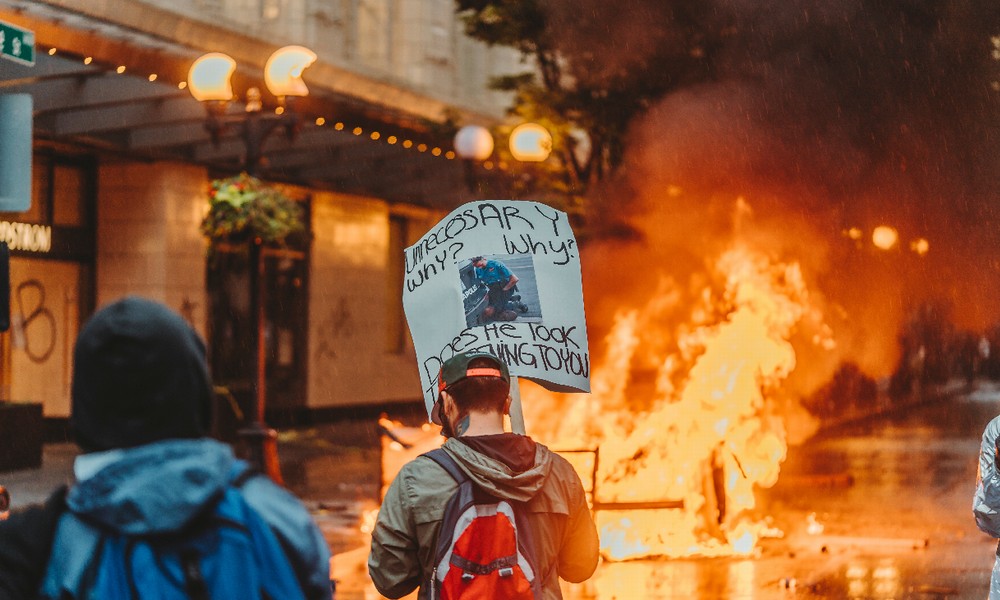 “That represents a 61% increase, or 19 additional people who were murdered this year,” Police Chief Diaz said. “This was the highest number of murders in 26 years. This is unacceptable. We cannot tolerate this level of violence.”

“A national sharp rise in murders is alarming police departments across the country, including Seattle. In 2020, the city saw the highest number of homicides in 26 years,” King5 reported.

Seattle has been under a tremendous amount of pressure from the Defund the Police movement.

“Few cities cut police department budgets in response to public pressure, but of those that did, Seattle went a step further in November by allocating $30 million to a participatory budgeting process that will give everyday people a say in how the money should be used,” the Appeal reported. “Twelve million dollars was directly diverted from the Seattle Police Department, while the remaining $18 million comes from Mayor Jenny Durkan’s Equitable Communities Initiative Fund, which is sourced from cuts to several departments and new taxes.” 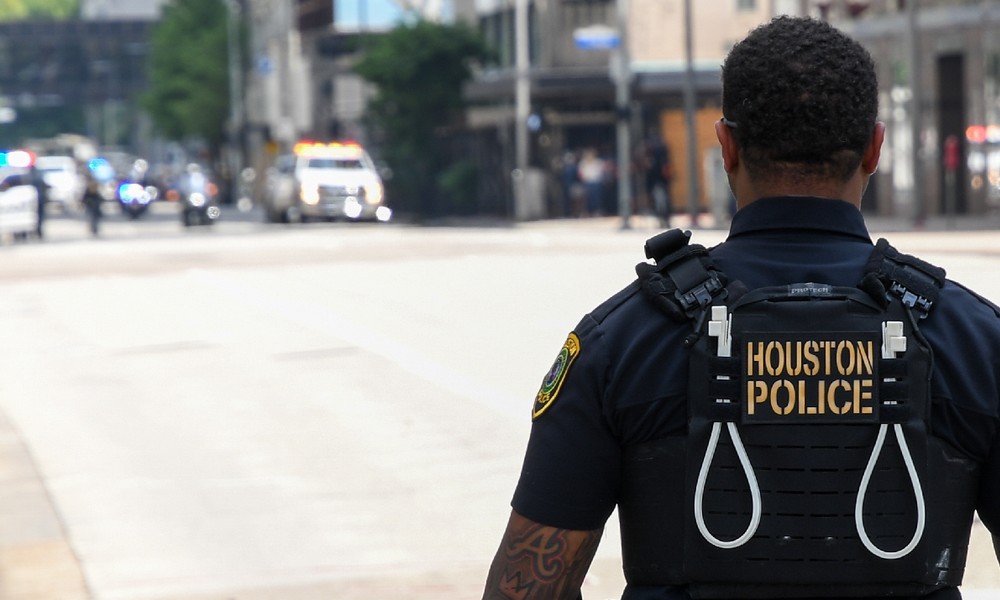 Houston, Texas was the site of a mass shooting in early March.

“A gunmen shot four people, killing three of them in southwest Houston,”ABC reported. “Two of the victims killed were just 18 years old.”

Houston has consistently been one of the worst cities for mass shootings. It has the highest number so far in 2021 at seven mass shootings. In addition, it has been averaging nearly a homicide a day.

“KPRC 2 Investigates reported there were 409 homicides in Houston in 2020,” NBC reported in mid-February. “So far in 2021, Houston homicide detectives have investigated 50 cases in just the first 42 days of the year.” 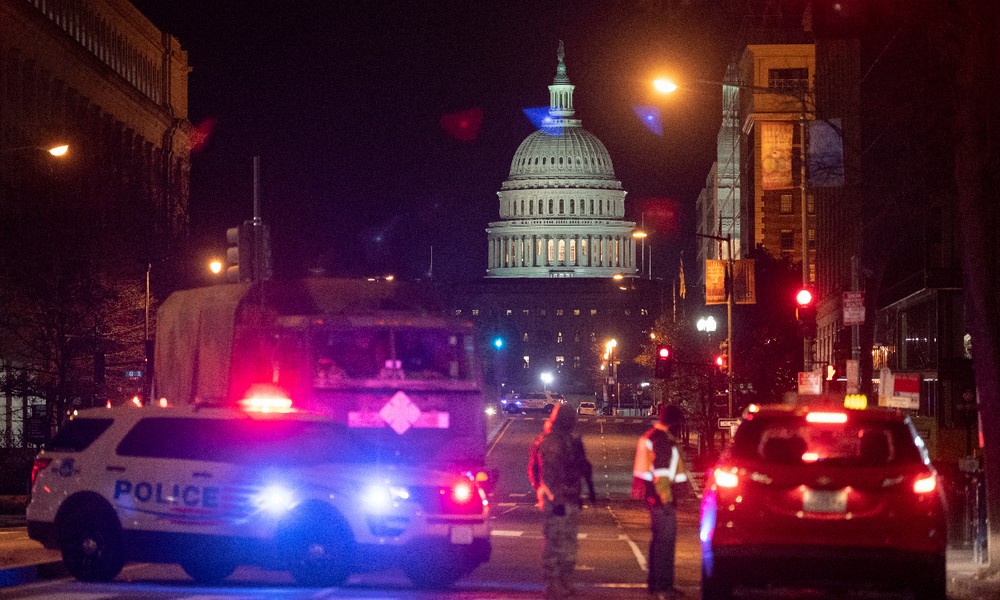 Despite being the nation’s capitol, Washington D.C. has witnessed an ongoing crime wave that has left hundreds dead since the beginning of last year.

Murders in the capitol continue, despite the heavy National Guard presence. Washington D.C. has 3 mass shootings recorded in 2021. There have also been harrowing high-profile murder cases.

On Wednesday, two teenage girls, all of 13 and 15 years old, were charged with murder for for attempting a carjacking in broad daylight that left an Uber driver dead.

They murdered an Uber Eats driver in DC. pic.twitter.com/Zz7xOu0Piv

The National Guard troops strikingly left the Uber driver on the sidewalk to die.  The victim was 66-year-old Mohammad Anwar, of Springfield, Virginia. It is unclear if the driver might have been saved with immediate medical intervention.

Despite the mainstream media’s hysteria about every mass shooting that seems to fit a certain political narrative, there are hundreds of mass shootings going on in this country every year that are unreported to the majority of Americans.