The Biden administration is holding hundreds of unaccompanied minors in border detention facilities after a major surge in migrants.

CNN’s Jeremy Diamond frets to Jen Psaki at the White House press briefing that Biden’s
“rhetoric and some of this policies may have, as well intentioned as they may have been, inadvertently contributed to the rise in migrants that we’re seeing at the border” pic.twitter.com/mq60zoDxj5

“All I’m conveying is that obviously we’re going to have more kids across, in the country since we’ve been letting unaccompanied minors stay and the last administration immorally kicked them out, in our view,” she added.

Astonishingly, a CNN reporter even put two and two together to make ‘four’ and questioned Biden for spurring the new wave of migrants.

On Thursday, Axios obtained documents that reveal the child migrant crisis is escalating under Biden.

“Fresh internal documents from the Department of Health and Human Services show how quickly the number of child migrants crossing the border is overwhelming the administration’s stretched resources,” Axios reported.

“In the week ending March 1, the Border Patrol referred to HHS custody an average of 321 children per day, according to documents obtained by Axios. That’s up from a weekly average of 203 in late January and early February — and just 47 per day during the first week of January,” the report continued.

In February, Axios had also reported  that the children were being held for days.

“The current backup is yet another sign of a brewing crisis for President Biden — and a worsening dilemma for these vulnerable children,” Axios said. “Biden is finding it’s easier to talk about preventing warehousing kids at the southern border than solving the problem.”

“Of the more than 700 kids waiting to be transferred to shelters overseen by the U.S. Department of Health and Human Services, more than 200 had been held in these Border Patrol stations for more than 48 hours,” the report said.

“Nine had been detained for longer than the agreed-upon limit of 72 hours, according to the internal document, which timestamped the data current as of 8:15 a.m. on Feb. 21.

At a February 24th press conference, Jen Psaki confirmed children had been held four or five days and even longer. 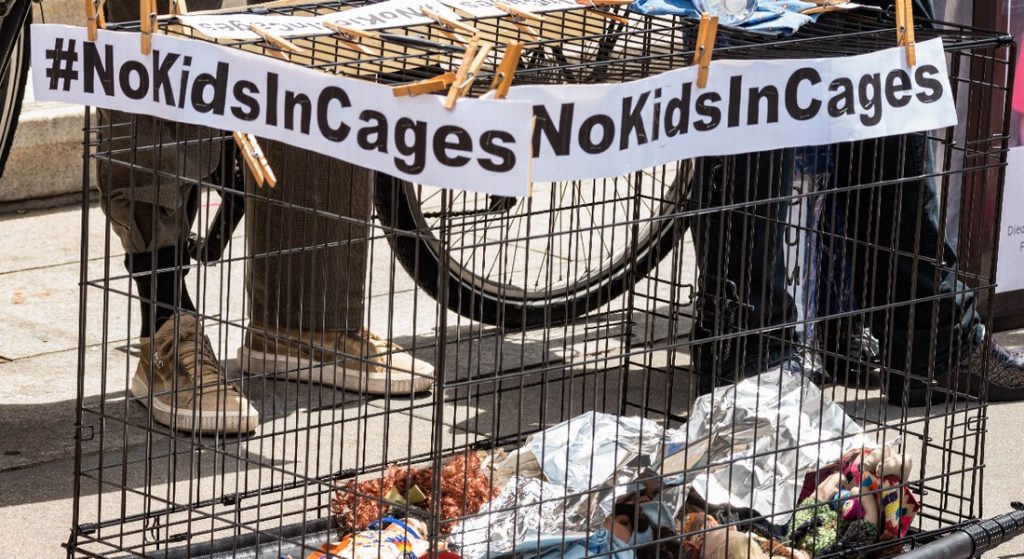 “Trump’s supporters had hoped that recent surges in border crossings would be stopped with the building of a wall,” Lowe wrote. “In fact, Trump’s more effective tool was diplomacy. By negotiating safe-third-country agreements and getting Mexico to crack down on caravans, Trump reduced the number of border encounters reported by Border Patrol — they plummeted to their lowest point since the beginning of Trump’s presidency in mid-2020. Reported encounters from May 2019 to April of the following year fell by 88%.”

“So, amid a global pandemic, Immigration and Customs Enforcement says that we’re set to see a deluge of migrants the size of which we haven’t experienced in ‘over 20 years.” Lowe continued, citing Dana Loesch elsewhere. “And, whereas a negative COVID-19 test is required for entry to the U.S. via air travel, Border Patrol has been releasing migrants into the country without any tests at all.”

On Friday, Tucson.com reported that “busloads” of asylum seekers had begun arriving in Arizona and shelters were on the verge of being overwhelmed.

“Since Saturday, four busloads arrived at the main shelter in Tucson after the asylum seekers were released by the Border Patrol in Yuma,” the report contiuned.

The fresh wave of migrants comes after a year where the Trump administration had made significant progress on border enforcement.

“The past year or so was a ‘lull in the storm’,” Tucson City Councilman Steve Kozachik said, adding that Tucson is again “on the cusp” of another large increase in asylum seekers.

The expected big influx of migrants, including unaccompanied children, comes in the aftermath of massive demonstrations and accusations against the Trump administration that he was responsible for a policy of keeping “kids in cages.”

One of the most memorable moments during the former president’s tenure is when viral photos of the alleged “kids in cages” began circulating on social media.

The US Govt is holding migrant children in small cages like they are animals–just as 45 describes them.

This is horrific. This is inhumane. This cannot stand. #ThisIsAmerica https://t.co/JEty91DHvq

The story these activists linked to was a 2018 article at Arizona Central, which contained photos from 2014 – under the Obama administration. 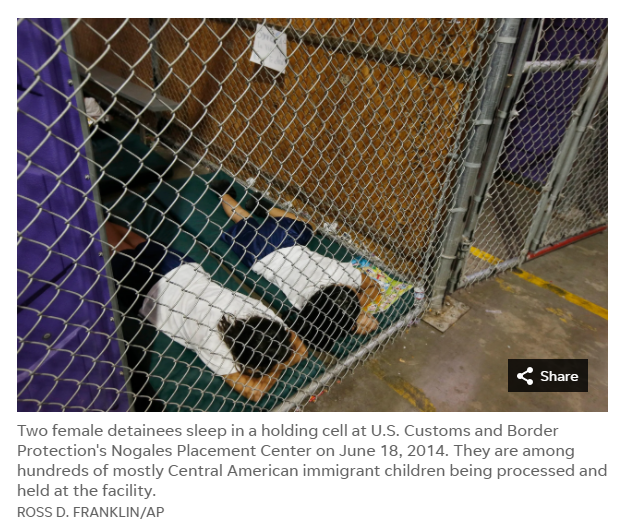 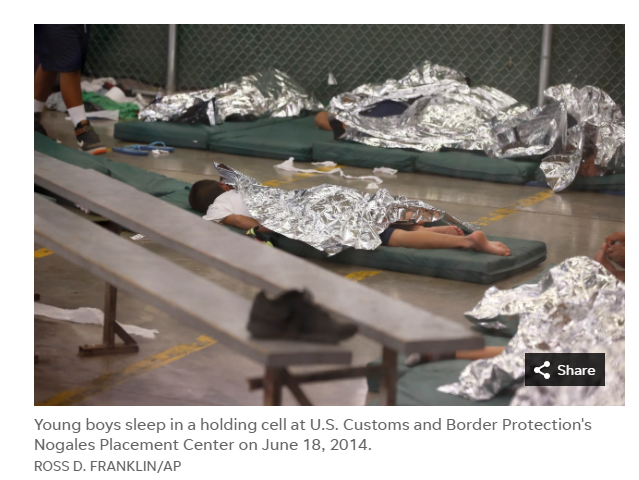 Now that a Democrat is president again, the mainstream media have pivoted away from the “kids in cages” narrative that only arose during the Trump administration. Now they are calling them “migrant detention facilities” or some other euphemism.

That’s going to be a lot of “kids in cages.”