January 6 Committee Chair Rep. Bennie Thompson (D-MS), whose committee is investigating the riot at the Capitol last year, previously declined to take a public “stand against violence” and rioting as “acceptable responses” to an unwelcome court ruling, Breitbart News unearthed from a 1992 article in Mississippi’s Clarion-Ledger.

The article revealed that following the notorious 1992 Los Angeles riots, Hinds County Bar Association President Hal Miller Jr. asked Thompson if he would “take a stand in favor of the principle of law” and oppose “unwarranted criticism and riots” as “acceptable responses to displeasure with a judicial decision.”

Miller was referring to the upcoming trial in Mississippi of white supremacist Byron De La Beckwith for the murder of NAACP leader Medgar Evers. 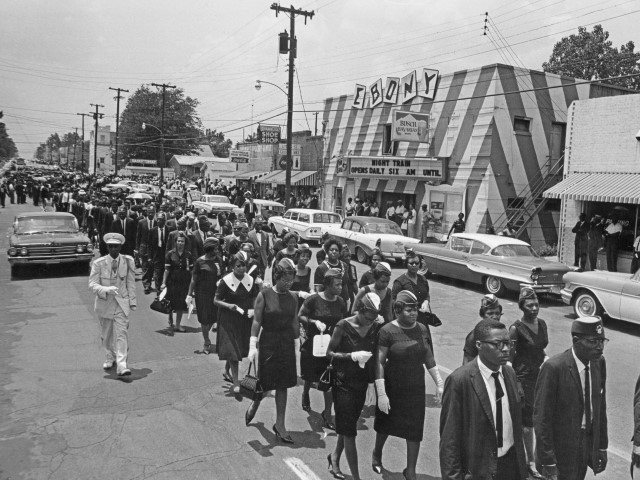 The funeral procession of civil rights activist Medgar Evers, who was shot dead outside his home in a racially motivated assassination, in Jackson, Mississippi, June 18, 1963. (Express/Archive Photos/Hulton Archive/Getty Images)

Miller cited the apparent justification for rioting, “If I do not agree with the law, I may take it into my own hands,” when referencing the “deplorable” Los Angeles riots, which broke out in the city after police officers were acquitted of beating black motorist Rodney King. “There should be no likelihood of its occurrence in Hinds County,” he wrote.

Thompson, a community leader and county supervisor at the time, was “offended” that Miller asked him in the letter whether he would oppose criticism and riots if a court decision was not to his liking.

The 1992 report adds that “Thompson was the only letter recipient Miller knew of who criticized the bar association letter.”

“I was offended that a person I don’t know would write me a letter basically saying it’s my responsibility to see that nothing happens because of the Beckwith trial,” Thompson said. The Clarion-Ledger report says now-Congressman Thompson pivoted from addressing the riots, and instead pushed back, asking why “the association did not speak out in the past about injustices against blacks or the lack of black elected officials.”

The report also says the NAACP president at the time, Dr. Aaron Henry, “publicly took a stand against violence,” which is what the letter from Miller was hoping to elicit.

Matt Schlapp, chairman of the American Conservative Union, hammered Thompson in a statement to Breitbart News, saying, “Bennie Thompson and the socialist Democrats on the January 6 committee have no interest in stopping riots.

“There is a long history of liberals standing back while our cities burn,” Schlapp continued. “This January 6 charade is all about punishing political opponents.”

This is not the first time Thompson has been in the limelight for his controversial comments.

Breitbart News wrote in April that the congressman was under scrutiny for going after Virginia “Ginni” Thomas, wife of Supreme Court Justice Clarence Thomas, in what has become a years-long effort to discredit the court’s most conservative member. 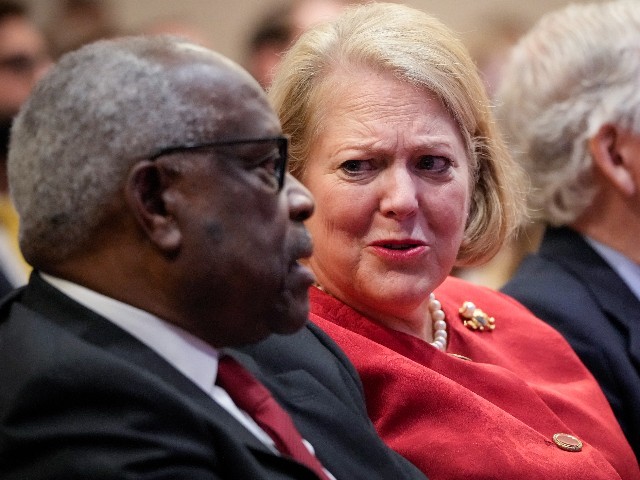 Associate Supreme Court Justice Clarence Thomas sits with his wife, conservative activist Virginia Thomas, while he waits to speak at the Heritage Foundation on October 21, 2021 in Washington, DC. (Drew Angerer/Getty)

Thompson used his position as chair of the “House Select Committee to Investigate the January 6th Attack on the United States Capitol” to go after Ginni after showing years of hostility toward the justice, even going as far as to call him an “Uncle Tom” in the past.

In 2014, Thompson was speaking to the New Nation of Islam radio station when he called Justice Thomas an “Uncle Tom” — a racist trope derived from Harriet Beecher Stowe’s 1852 novel Uncle Tom’s Cabin. The term has been used by the left to accuse black conservatives of being zealously subservient and overeager to win the approval of white people.

When the congressman eventually faced criticism for his attacks on Justice Thomas, he doubled down.

On using the racist trope, Thompson said “for some,” it is a racially charged term, “but to others, it’s the truth.” He also claimed that he could use the term because “I’m black.”