Tucker Carlson dismantled the maudlin theatrics of Rep. Ocasio-Cortez, who recently called America’s border policies “barbaric and wrong” and called for “reparations” for illegal migrants. The Fox News host decried a state of American politics where there is a need to even rebut arguments from people who should be irrelevant.

“It is just interesting to come to a place where a low-IQ race-baiter like that has an important voice in national policy,” Carlson said. “It’s like, who cares what she thinks?”

“I think the key to this, though, is to think clearly about what’s best for the United States,” he added. “Obviously, the border policy now is a disaster. To be fair, it has been a disaster for a long time. It doesn’t serve the interest of most Americans. And it won’t because people like that use the magic word, which is ‘racism’ to cow the rest of the country into submission.”

“She wants to change the population, she wants her party to be more powerful, I get it,” Carlson went on. “But we are allowing her and people like her to do that because we are afraid of being called names. Until decent people shed their fear of being smeared by someone whose opinion you really shouldn’t care about, then we’re never going to have a rational immigration policy that helps everybody.”

“And one more thing, how does it help Ecuador and El Salvador or Guatamela or any of the countries from where these people are coming to have your most ambitious people leave?” he asked rhetorically. “It’s a disaster for them, too. And for us. It doesn’t help any good person to have this kind of uncontrolled migration into our country.” 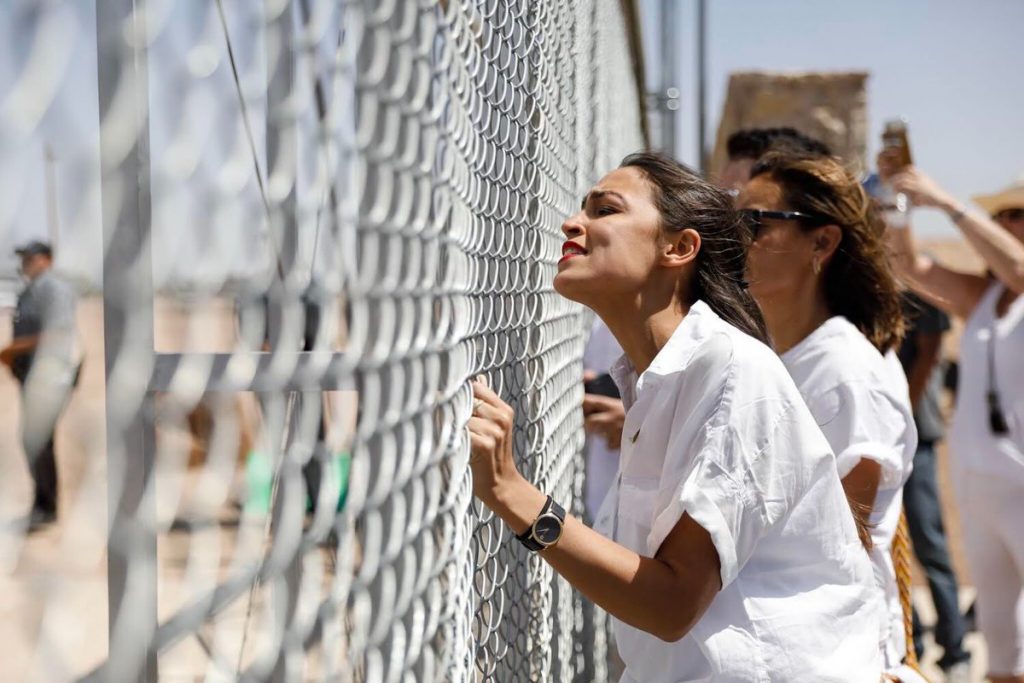 Rep. Ocasio-Cortez is known for her over-the-top hysterics about the border wall, as well as her incendiary statements about detention facilities, which she likened to “concentration camps.” But she has been studiously avoiding the strident criticism of Joe Biden that she unleashed at will against former President Trump, supposedly because she doesn’t want to draw a ‘false equivalency.’

The New York Rep.’s barbs are thus all political theater and no substance. AOC recently blasted those who call the border migration a “surge” and absurdly added,”these are children and they are not insurgents and we are not being invaded.” This calls into question whether she knows what either a “surge” or an “insurgent” means.

But despite her hyperbole and her rabid cult following, a recent academic study shows that AOC is one of the most worthless members of Congress. If her visibility were equal to her effectiveness, AOC would still be slinging drinks as a bartender and telling people who don’t care about her outrageously stupid schemes.