The personal finance website WalletHub released the results of an analysis, “State Economies with the Most Racial Equality,” focused on the unemployment rates — 6.2 percent for blacks compared to 3.2 percent for whites — and other gaps.

But the analysis also revealed that Washington, DC, is at the bottom of the list (Number 51) in most equality categories. The analysis looked at all 50 states and D.C.

“In order to determine which states have the most racial equality in terms of employment and wealth, WalletHub compared the 50 states and the District of Columbia across eight key metrics,” the press release on the analysis said. “Our data compares the difference between white and black Americans in areas such as annual income, unemployment rate and homeownership rate.”

And, ironically, demographics in the nation’s capital are a plurality black, at 45.39 percent. And the vast majority of people in all races in D.C. are Democrat — 91 percent, according to the New York Times. 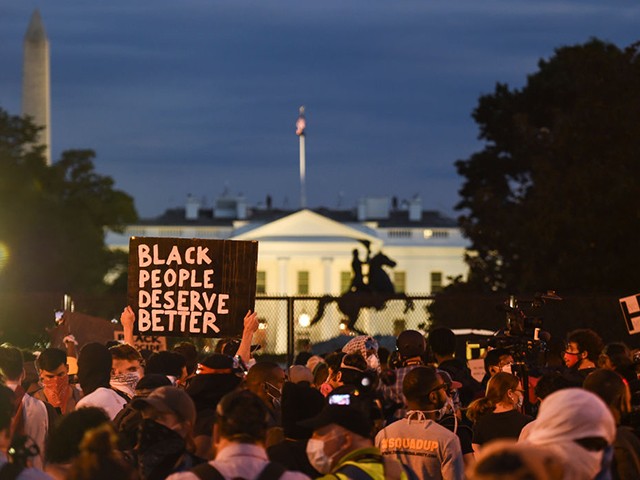 Demonstrators protests the death of George Floyd near Lafayette Square across the White House on June 2, 2020 in Washington, DC. (ANDREW CABALLERO-REYNOLDS/AFP via Getty Images)

Here are the categories where D.C. came in dead last:

D.C. was number one in only one category: Homeownership rate gap. North Dakota came in last in that category.

The analysis asked the website’s experts, “Why does the District of Columbia’s economy rank last for racial equality?”